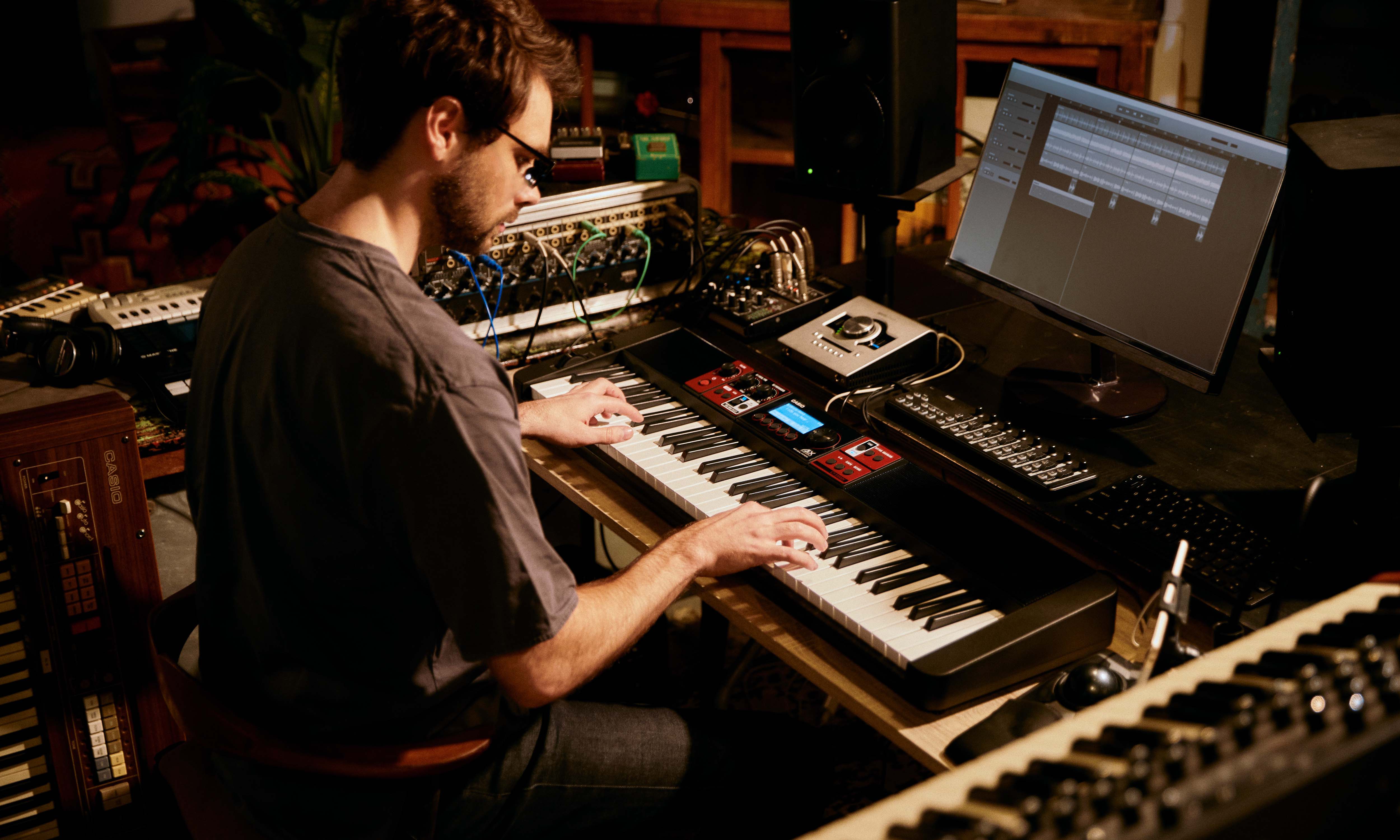 DOVER, NJ, January 20, 2022– Casio, the world’s leading provider of powerful and affordable musical instruments, today announced the Casiotone CT-S500 and its big brother, the CT-S1000V, the first vocal synthesizer that can literally turn any text — such as song lyrics — into a musical phrase and then “sing" it in full harmony based on any notes played on its keys. For centuries, instruments have been designed with the human voice in mind — not necessarily to sound exactly like it, but to enunciate and express emotion like it. The violin, cello, and saxophone are all examples, as are modern vocoders and certain aspects of synthesizers. The CT-S1000V fulfills this creative dream by tapping into an activity almost everyone does every day: typing text. To get started, Casio has built 100 Lyric Tones (phrases inspired by familiar songs) into the CT-S1000V, which can be overwritten, and there’s space for 50 more brought in from the Lyric Creator app. The instrument supports both English and Japanese text. No keyboard instrument has ever before been able to speak and sing with this degree of ease and musicality. For customized lyrics, the player simply types in words using the companion Lyric Creator app for iOS® and Android® devices. These are then transmitted into the CT-S1000V via USB and played using any of its 22 Vocalist types, including talkboxes, processed choirs, robot voices, vocoders and whispered voices, all drawn from the history of synthetic vocals in pop music. Phrases can be played all at once, according to a set rhythm when keys are pressed, or one syllable at a time as new notes are played with or without legato. They can also be sequenced together to play complete songs. The CT-S1000V also offers all the features that make Casiotone synonymous with the fun of immediately playing music. Its AiX tone source offers 800 high-resolution sounds representing all categories of instruments, the keyboard may be split or layered to play multiple sounds at once, and 64-voice polyphony ensures players will never run out of notes. The accompaniment section puts a complete backup band under the player’s fingers, including 243 built-in rhythms, 50 user-programmable rhythms, simplified chord fingering modes (including CASIO Chord™) for easy playing, and auto-harmonies. Players can arrange songs on the fly by switching between various intro, normal, fill-in, variation, and ending sections. Casio was the first company to make sampling available to everyone, regardless of budget, with its SK-1 keyboard in 1985. The CT-S1000V continues this tradition with its ability to sample up to ten seconds of high-quality audio (or several three-second samples for creating drum kits) via its 1/8-inch stereo input. The CT-S1000V also gives you the flexibility of sampling wirelessly using the included WU-BT10 Bluetooth MIDI & audio adapter. It can sample up to ten seconds of CD-quality audio via its 1/8-inch stereo input or via the included WU-BT10 Bluetooth MIDI and audio adapter— or several sounds at up to three seconds each for building custom drum kits. For learning and songwriting, an onboard MIDI recorder can store up to five performances. With its capacity of six tracks and 40,000 notes per song, musicians can sketch out fully arranged compositions — and beginners can listen back to their own practice — without the need for a computer. Of course, the CT-S1000V can also connect to a computer or mobile device via USB-MIDI or Bluetooth, taking advantage of the entire world of MIDI and recording software as well as Casio’s own Casio Music Space iOS/Android app, which turns the process of learning music into an interactive and engaging video game. The 100 built-in, studio-quality DSP effects can add a polished shine to any sound, including lyrics. The effects include many amplifier and cabinet simulators, modulation effects, choruses, reverbs, delays, and much more. Each of the effects can be extensively customized, and can be modified on the fly using the CT-S1000V's three assignable knobs. For musicians who simply want all the CT-S1000V’s great instrument sounds, accompaniment features, sampling, MIDI recording, and effects without vocal synthesis, Casio is introducing the new CT-S500, which hits this sweet spot at an even more compelling price. Weighing just over 10 pounds and featuring the ability to run on six AA batteries, both keyboards are designed to make music on the go. As part of the release, Casio has unveiled an exclusive landing page taking consumers through the features which can be viewed HERE.
The CT- S1000V (MSRP: $679.99) and CT-S500 (MSRP: $499.99) are available at musical instrument retailers nationwide and at CasioMusicGear.com. To learn more about Casio’s full portfolio of electronic musical instruments, please visit www.CasioMusicGear.com.